A composer in ordinary

In our next programme we will be starting with music written long before the advent of the string quartet as we know it.  The viol consort music of the early English baroque period in particular has a very strong affinity with the concept of the string quartet – four equal parts interacting and ‘talking’ together.  It seems that as long as there have been chambers (as opposed to big halls), there has been chamber music.

Let me take you up the Exe estuary. 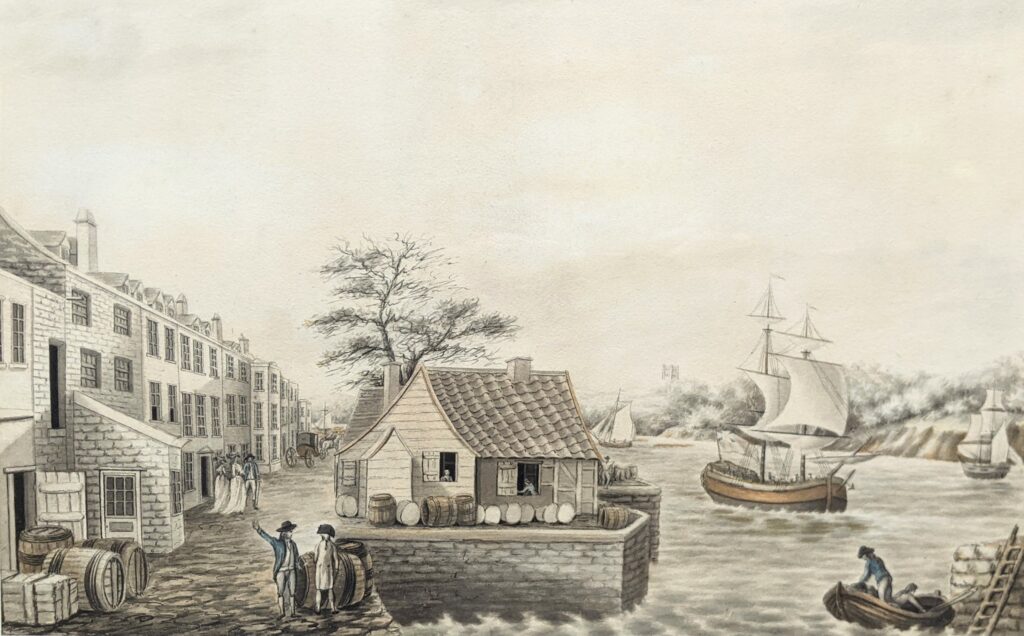 Topsham, Devon, in 1788, bustling with life and trade.

Topsham was a key port with strong trading connections to places as far away as The Netherlands to the East and Newfoundland to the West.  A century and a half before this picture was painted a boy chorister at nearby Exeter Cathedral brazenly inscribed his name in the stone structure of the organ loft. 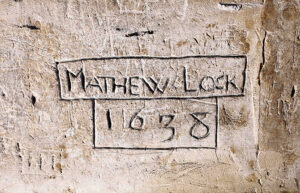 It is not known why he used this spelling.  Maybe he was worried that the correct spelling, Matthew Locke, would have taken him too long to scratch in the stone; he might have got caught vandalising the building and have been severely punished.  One wonders what he was doing in the organ loft anyway.  I suppose he must have had to pump the bellows occasionally.

Locke’s tutor at Exeter would have been Edward Gibbons, brother of Orlando Gibbons.  This curious little piece ‘What Strikes the Clocke?’  by Edward Gibbons, originally for three viols but here played on recorders, shows that instrumental chamber music had a place even at that time.

After his time as a chorister Locke broadened his vision considerably, travelling to the Netherlands and subsequently becoming ‘Composer in Ordinary to His Majesty, and organist of her Majesty’s chapel’  (Charles II and Catherine of Braganza.) 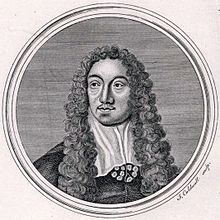 When Locke died, Henry Purcell, who clearly considered Locke to be something of a mentor to him, was moved to write an ode with the sentiment ‘What hope for us remains now he is gone?’  That is quite a tribute, from Purcell.

When I was studying in my first year at the Royal College of Music, I attended a lecture/demonstration given by Francis Baines, co-founder of the Jaye Consort along with his wife June.  (The Jaye Consort was at the forefront of the revival of interest in the well informed performance of baroque music on instruments of the period.)  Ostensibly it was a one-man introduction to the wonderful viol consort music of the early baroque but it started with him coming on to the stage seemingly with instruments hanging off him and he immediately enthusiastically demonstrated their particular characters.  He was decidedly eccentric.  He eventually sat down and started playing the viol, showing us how to produce the sound.  He was talking enthusiastically about the harmonies and intervals in the music, which is often surprisingly dissonant.  He got so involved in what he was showing us that he was overcome with emotion and excused himself saying that he couldn’t do any more and walked off the stage, instruments in hand.

That really cut it for me.  I wanted what he had.  A few days later I sought him out and he very kindly encouraged me to come along and join in the viol consort group that he was teaching.  I attended these sessions for a while but couldn’t continue with them as I had to focus on my viola studies but I will always be grateful for all that he showed me and for the unforgettable experience of intimate communal music making that is at the heart of viol consort music and that resonates strongly in string quartet playing too.

The suite by Locke that we are playing is basically a set of dance movements.  Here is the Courante.  By the time we get to the concerts it will run even faster. And you will be able to see all four of us.

Next blog post:  From Topsham to… New York.  The transatlantic connection and the music of Caroline Shaw.