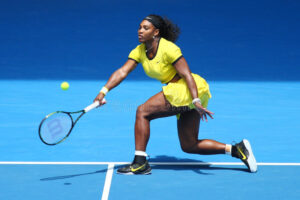 With Wimbledon in the offing, I can’t resist continuing the tennis/sport/music theme from the previous post.

I have always seen parallels between music and sport – I admit to being biased towards bowed string playing, tennis, and football here – but actually pinpointing the similarities has produced a list the length of which has surprised even me.

This list without doubt opens up all sorts of possible avenues to pursue, but for the moment, perhaps I can summarise it all in the following drawing that I came up with after considerable thought on what happens when sports people make contact with the ball and likewise what happens when string players produce notes:

(Looking at this, you can see, I am sure, how very wrong it is to label musicians as arty-farty and without any scientific aptitude.)

The drawing is of course simplified but I’m going with the maxim that there is a beauty in simplification.  In particular, what it doesn’t show is where the real skill of the event takes place – what happens at the point of contact (R) where there is both mastery and mystery – mastery in the sense of understanding exactly what will happen if the ball or string is approached in a certain way (speed, weight, angle) – and mystery because there are so many indefinable factors too, like instinct, the nature of the moment of contact, the way that imagination is transferred from thought into physical action.

These videos show in slow motion the point of contact where ball meets racquet and bow strokes string.  There are differences of course but the similarities are remarkable, not least the way that bow string and racquet strings are set into motion by the contact.  The action and nature of the bow and the construction of the racquet in facilitating friction and tension is a huge subject in itself, which I won’t even attempt to launch into here, but they are hugely significant factors.

When a pupil informs us that he or she won’t be attending the next music lesson because they are in a hockey match, or sports match of any kind, it’s tempting to be disappointed and even disapproving. (How could anything be more important than their violin lesson?!) But we can’t;  sport is good for their health, and complements their music studies in more ways than they probably realise.  I have often thought that I’d like to be out there on the pitch too, in the fresh air, enjoying the game, bizarre as that would be in reality – apart from anything I might inadvertently crush someone half my size.  The last time that I played cricket was at a father’s match against my son’s team about twenty years ago.  I started getting into my stride at the crease, holding the bat one handed like a tennis racquet, swatting the balls away playfully.  I was a bit of an embarrassment treating the opposition like that and my son disowned me, temporarily.

There are so many aspects of sporting performance that are similar to musical performance.  Rather than talking about it, here are some videos to enjoy.  I hope you can see the parallels.  If not, I have totally wasted your time, for which I apologise.

A collection of football volleys – impeccable timing and execution