I have heard it said that the music of Haydn and others from his era is like ornamental porcelain.  Quite what is meant by this, I am not sure.  Maybe it is a compliment; I suspect not.  I think the implication is that it is a thing of beauty but rather distant and somehow rather fragile and passionless.

From the musician’s perspective, Haydn’s music is supremely crafted, as is the very best porcelain of this period, with classical proportions, but what makes it so rewarding to play is the way the parts balance, there is an astoundingly sophisticated awareness of texture, and the emotional content is so varied, from melancholy to silly humour.  His music – his quartet music at any rate – is clearly written for friends and emanates from a warm heart. 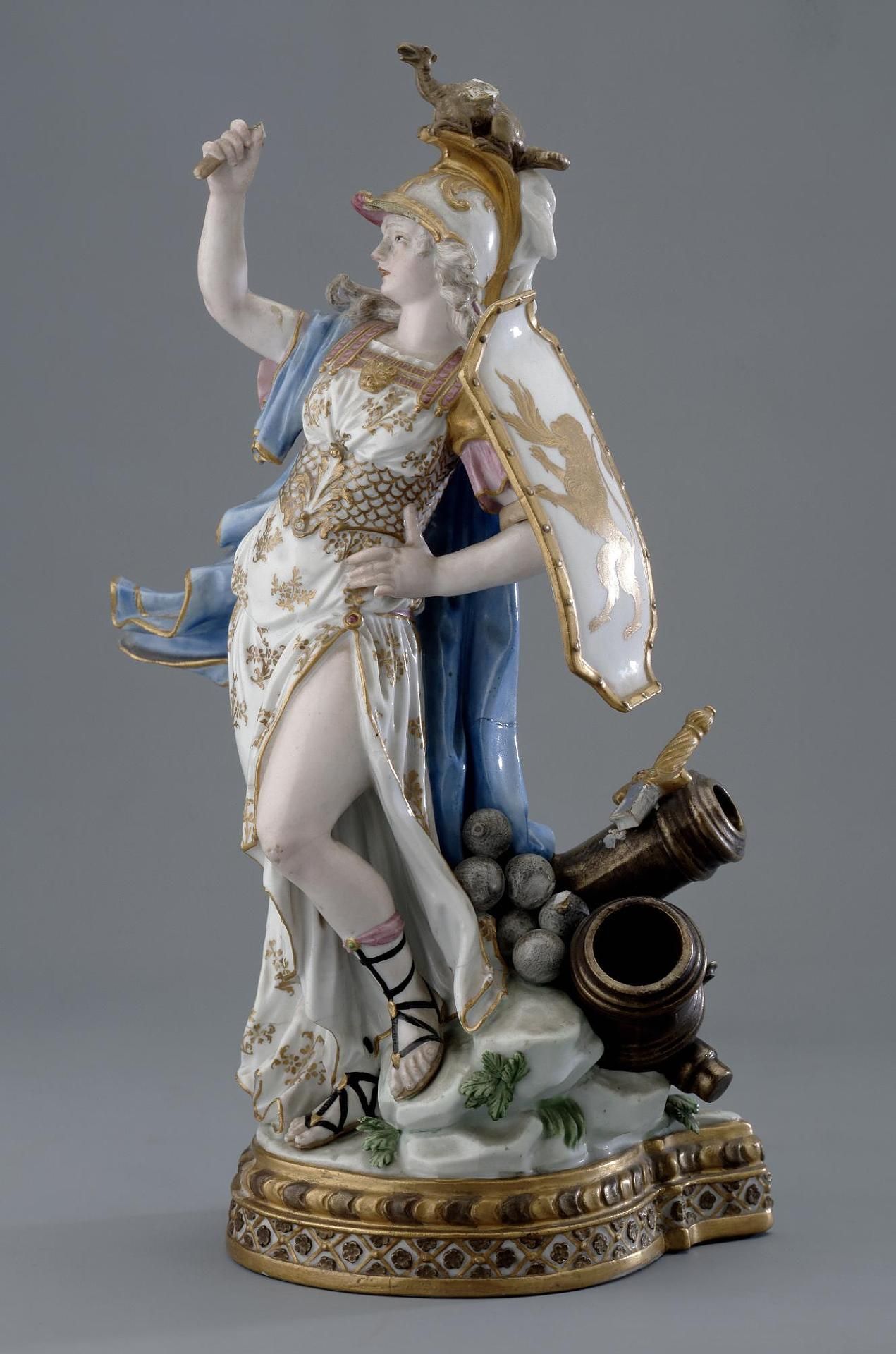 This stunning Meissen figure was made in or around 1772, the same year that Haydn wrote his ground-breaking but not porcelain breaking Op 20 quartets.

Eirene, the Greek goddess of peace, stands elegantly – almost provocatively – atop various symbols of war that have been immobilised by her, presumably.  The ancient classical allusions are very clear but this is a decidedly modern take on the subject, and unmistakably of this neoclassical period of European art.  (There is no doubt a potentially lively feminist response arising from this depiction of Eirene, and on the origin of the subject.  An online group debate could be fun.)

Can we see a link with Haydn’s music?  Well, it is porcelain, which Haydn’s music is too, apparently! The classical basis is there, and the ornamentation, and grace, and colour and texture.  Does it touch the soul as Haydn’s music often does?  I leave that for you to ponder on.  Responses to music and art are so varied.

Eirene is holding a torch – presumably one that doesn’t require a battery.  It is possible to see this as symbolic of the Enlightenment that was blazing through Europe and beyond at that time.  Haydn was very much a part of this.